In October, our CEO, Sara Menker, joined a panel at the Milken Institute’s Global Conference to talk about large-scale innovations in food security both for companies and for countries. Joining NPR's Allison Aubrey, CEO Tom Hayes of Ocean Spray, Jean-Christophe Flatin of Mars, and CEO Dr. Uma Valeti of Upside Foods, she walked through how to leverage the expanding opportunities of live, global data and machine learning. She discussed specific examples of improving availability of key crops:

Mapping Suitable Land for Crop Production as the Climate Changes

In talking through how supply chains and companies are beginning to plan using climate scenarios, Menker walked through a current use case for companies: "I'll give you a very standard use case, used by many brand name companies, which is our land suitability models."

One of the big questions for food companies today is around 'How do I repurpose my supply chains for the future?':

- One, to have the supply chain itself be more sustainable.

- Two, to actually assure supply - meaning: are the places where we're procuring the products today going to be the places that will grow the crops of the future?

"We have an algorithm that, essentially, you feed what's called the seed region. Now the seed region can be the world's most productive region for that crop, and since we have Mars here, let's use cocoa [or corn or soybeans] as an example."

"Let's use soybeans since they are used in pet care and then pet foods. You feed it the seed region, and it looks at the environmental properties of every part: soil properties, soil moisture, historical weather patterns, etc, and then ranks that region against every other region in the world to see what most resembles that region."

"But that seed region could also be a hypothetical region that resembles the most delicious crop. For humans’ consumption, food companies don’t just care about production and productivity, but flavor. And so you can design what that looks like and then ultimately find places on earth that most resemble that.”

"If that's suitable today, is it going to be suitable 10, 20 years from now? That's where we add the prediction models from the IPCC scenarios out to 2100 under different climate change scenarios, to say under different CO2 scenarios that we collectively as humanity are going to adopt, what are the climate change impacts on these regions going to be? And then how does this ranking change as a result of that? And what you find oftentimes is some pretty drastic shifts are going to be needed."

"Let's take Matto Grosso in Brazil for soybeans. You can just say, actually, the ideal conditions should be X, Y, and Z from a rainfall pattern standpoint, from a temperature pattern standpoint, and from the soil characteristic standpoint. Find that place, and then go find places on earth you might not have discovered. Because they might be countries that are relatively small and don't have the resources to have developed it."

"I think it's also helping find the unexpected." 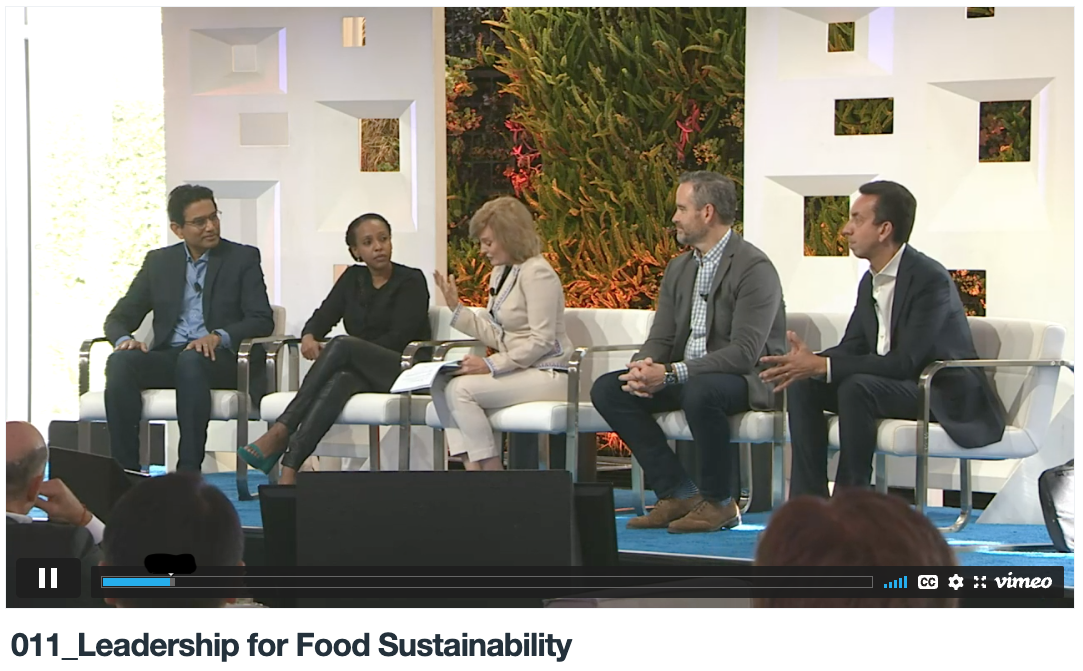 Mobilizing Country-Level and International Resources During the Locust Crisis

In discussing the locust swarms that devastated African harvests, Menker talked about the importance of marshalling government and international resources.

"At the start of the global shutdown of the pandemic, locust swarms across eastern Africa into South Asia and parts of the Middle East were starting to spread. Our worry as a company was that there was not enough focus on how many lives might be impacted because of locusts as opposed to COVID. We used the data in our platform to generate what we call locust impact models."

"We used data that we harnessed from satellite imagery, alongside ground truth data to do these forecasts and mobilize more capital, and try to bring a lot more attention to the issue. So that aid money could also flow into battling locusts as opposed to simply COVID."

Gro was able to map not just the swarms but also forecast the damage: "A locust eats its body weight worth of food a day. The damage that locusts were doing, as they were doing it real time, [led us to] predict how much crop destruction would occur and therefore 1) how much pesticide would be needed to fight them, and 2) how much crop needed to be procured in advance for emergency purposes."

"At this stage, it was about governments. It was not about the farmers. It was about informing governments about how much they needed both from a national reserves standpoint as well as how much pesticide they needed. [It was discussing] how they were going to work with development agencies and donor agencies to get what they needed."

There was also a question as to whether the threats to agriculture follow historical patterns or whether the world will see more unexpected shifts with a changing climate.

In response to whether locusts and pest impact on agriculture is tied to climate, Menker responded, "I think it's more that we know it is. The patterns by which they move and reproduce are all tied to things like humidity and precipitation. All sorts of weather patterns that were starting to emerge in places that were, at times, unexpected - this is the factor of climate change."

"In building the company, we were going to model one of the most complex real world systems in the world. It was clear we needed a team that resembled the world we were modeling."

"We're an AI company, and we always say the AI is only as good as the HI - i.e. the human intelligence. It's garbage in, garbage out."

"So the first part was making sure that the human intelligence resembled the things we needed: a diversity of languages. Because most of the best data around the world actually is reported in the local language, and you need humans to contextualize it before machines take over. We needed diversity in backgrounds - everything from having environmental scientists and agronomists to people who traded the markets - and then marrying that with world class AI engineers. It was diversity at all levels. But it was almost a necessity if you were going to use very little resources, which is what we started with, to build out what was going to be a very complex system."

Gro is the story of what on earth is going on. We give our customers the ability to see the big picture and act on the small details where ecology meets economy.

If you are an enterprise account looking for a solution for your team, please contact us for a demo.